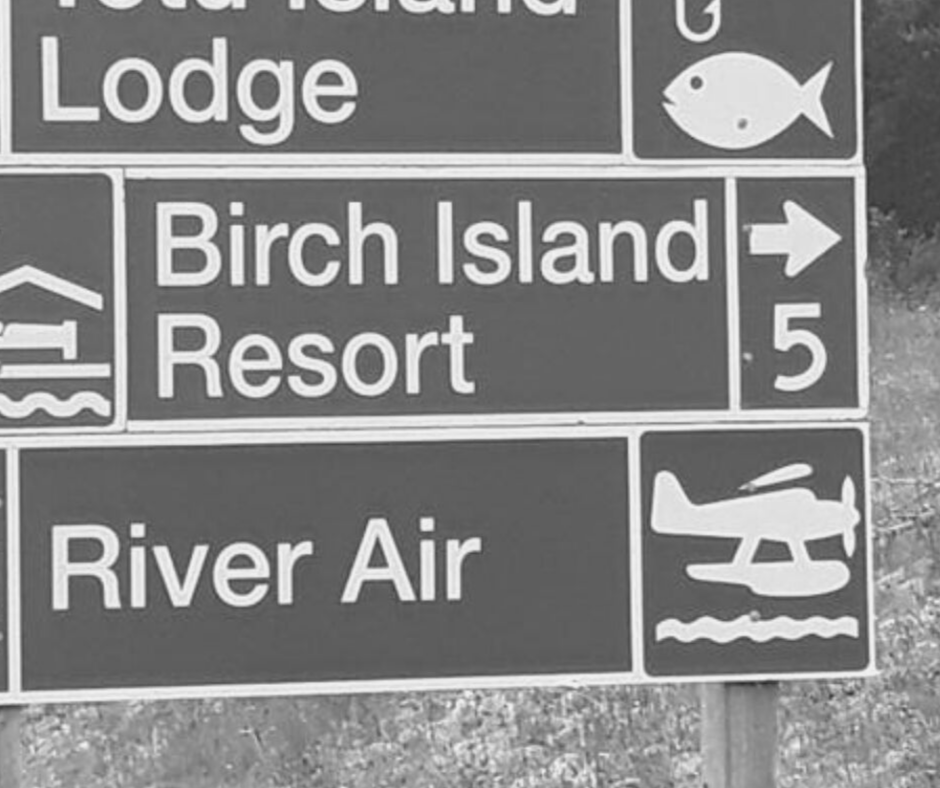 Reid’s Birch Island Resort is located near the small hamlet of Minaki, Ontario on the beautiful Winnipeg River System.

Minaki (Mee-Naw-Kee) is a hidden gem in the Kenora District. Located north of the city of Kenora, it is tucked away from the typical cottage country-goers. If you’re in the mood for a peaceful getaway, this is the place.

From rivers to lakes, there’s plenty of peaceful waters for you to explore in this area.

Below are 6 lesser known facts about the Minaki area and the Winnipeg River System that will help you to get to know this beautiful area of Ontario a bit better:

1. Where the River's Name Comes From

The name Winnipeg comes from the Cree words for “muddy waters.” The Winnipeg River issues from Lake of the Woods along the Canada/U.S. border and flows generally northwestward through several lakes for about 320 km, draining an area of square km before it enters the southeastern end of Lake Winnipeg, north of Pine Falls.

2. The Winnipeg River system was used by natives for thousands of years before European contact

The Winnipeg River system was used by natives for thousands of years before European contact. French and English colonists began to use the river in order to reach First Nations for the fur trade. Trade interactions went on for hundreds of years in the area as it is the only major water route between Ontario and southern Manitoba that was easily navigable by canoe.

3. La Vérendrye was one of the first explorers to establish fur trade forts near the First Nations camps along the river

La Vérendrye was one of the first explorers to establish fur trade forts near the First Nations camps along the river. In the nineteenth century the Hudson's Bay Company had a trading post a couple of kilometres north of the present community. Below is the original Hudson Bay store, the store was on the bottom and the people working there lived on the top floor. 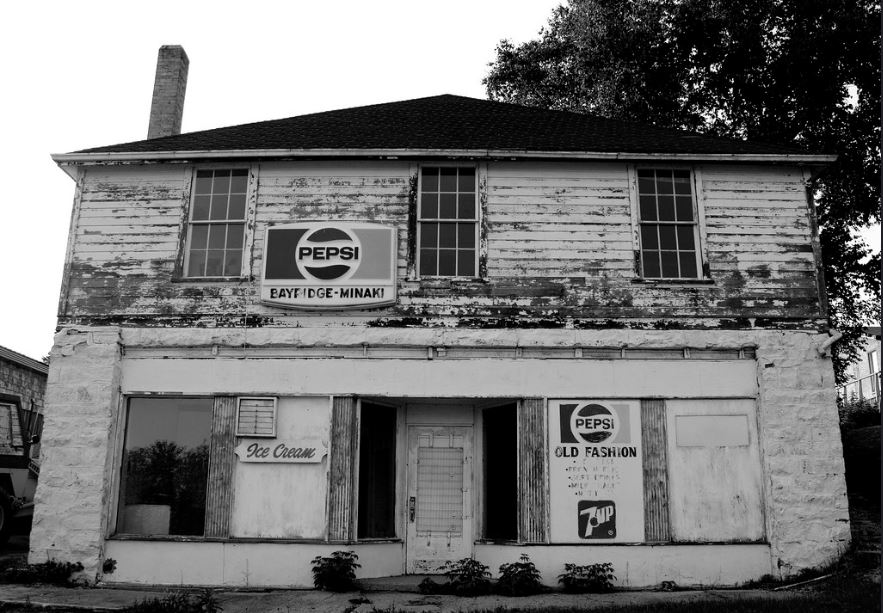 4. The first navigation buoys were installed along the Winnipeg River in 1904

The first navigation buoys were installed along the Winnipeg River in 1904 to aid marine traffic anticipated to support the coming construction of the new National Transcontinental Railway.

5. The modern community of Minaki got its start around 1910

The modern community of Minaki got its start around 1910 when the National Transcontinental Railway built a bridge across the river near where Skipper Holst had built a hotel a few years earlier and called the place Winnipeg River Crossing. In 1914, Winnipeg River Crossing's name was changed to Minaki, an Ojibwa name for beautiful water or good land. 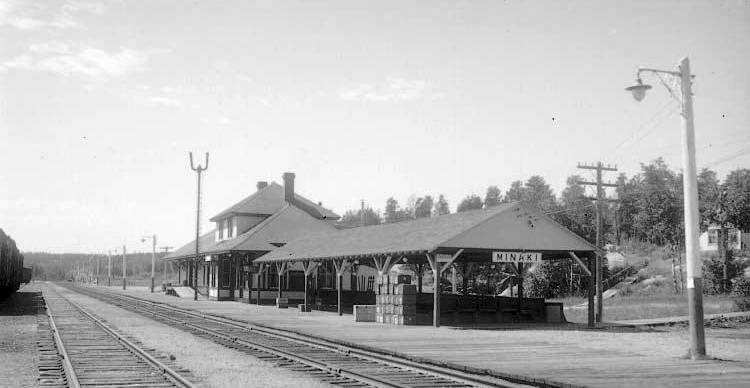 6. The area has a long history of hospitality

The area has a long history of hospitality. The Grand Trunk Pacific Railway felt that the beautiful location would make the perfect spot on which to build a resort. In 1913, plans were unveiled for a $100,000 development. The $100,000 Minaki Inn opened on June 26, 1914. It included a dining room, dance hall and rooms for 250 guests. The cost to a stay was $5 per night including meals. June 11, 1925, a fire that started in the power plant destroyed the Minaki Inn making way for the famous Minaki Lodge development (Pictured below). 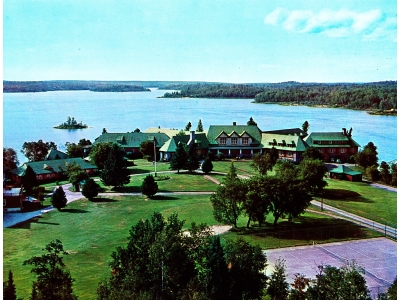 Minaki is a world-class destination that offers a captivating array of scenic shorelines, boreal forest and colorful sunsets. Of course, scenery is only one of the many things that the area offers. Catching trophy fish is why most people come to the area. One well known fact about the Winnipeg River System and the Minaki area in particular is its fantastic fishing.  This historic waterway now draws anglers instead of voyageurs. The system is a terrific mixed fishery offering Walleye, Musky, Northern Pike and Bass.

Go ahead and write down a visit to Minaki, Ontario on your bucket list, it offers visitors incredible history, captivating scenery and fantastic fishing.